On January 25, 2009 Tillamook County branch of AAUW honored eight outstanding high school senior students for their scholastic achievements in the fields of science, technology, and math (STEM). They were nominated by their teachers and invited along with their families to a recognition dinner at Tillamook Bay Community College. Co-chairs Marilyn Reynolds and Bonita Smulski-Bizeau organized the event. This is a visual chronicle of that program and buffet dinner. 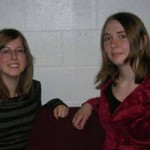 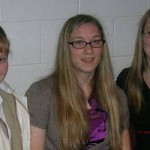 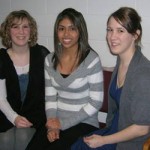 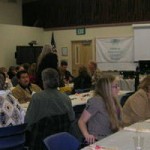 Families and teachers of honorees. 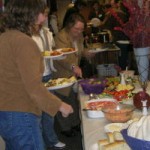 The buffet tables were laden with a great abundance of food and beverages, all provided by AAUW Tillamook members. 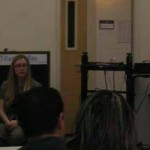 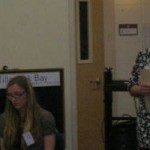 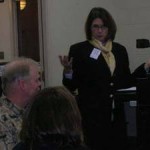 Program Speaker: Bonita Smulski Bizeau spoke about the need for women to obtain a higher education to compete in today’s job market. 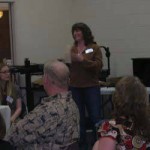 Lisa Phipps led a panel discussion during which the honorees were asked to share their goals and name their personal heroes. 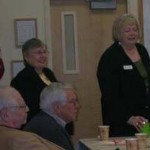 Courage is doing that which we think we cannot do but know we must.

Courage is being true to who we are.

Courage is being willing to be wrong, to fail, to make mistakes in the pursuit of what’s right.

Courage is living a life that does not compromise who we are and what we believe.

~by Katherine Martin, author of Women of Courage and Women of Spirit

All Honoree received a copy of Martin’s book Women of Courage. Their parents received potted trees.